WELLBEING MONTH: Why Use Natural Skincare?

This January we’re focusing on all things wellbeing. Not “new year, new you”, not “this is the year I lose 2 stone” but a focus on things that bring you joy, whether that is exercise, taking time to rest, looking after your skin, or getting creative.  So keep tuned this month for blogs, articles, hints tips and interviews that can help you find a sense of wellbeing, in whatever shape that may be.

To kick things off on the blog, we asked Deputy Queen Bee, Julie Macken, of Neve’s Bees to give us the in’s and out’s and do’s and don’ts of natural skincare…

It seems this is a grey area! In the food industry, a natural product is generally considered to be ‘one comprised of natural ingredients – those produced by nature, not the work of man or interfered with by man’ (Source: New Food Magazine ). However, there is no equivalent definition in the world of skincare – in fact there’s no formal system that regulates ‘natural skincare’ or a legal definition of what this term actually means.

How about Organic Skincare?

Again, this term is much misunderstood:

Confused! Read on – I’ll try to simplify a few things!

What is the purpose of skincare anyway?

Let’s start at the beginning by looking at what we’re trying to achieve through putting all these various ‘lotions and potions’ on our bodies:
Skincare consists of three different types of moisturisers – each with an important role to play:

Occlusives, Emollients and Humectants all have an important role to play in keeping skin healthy and feeling great

1) Humectants – draw water into the skin and help to keep it hydrated. They also promote the shedding of dead cells. One drawback with humectant products on their own is, in a very dry atmosphere, they can pull too much moisture from the lower layers of skin. Humectants provide temporary anti-aging effects because the extra hydration is extra volume, which effectively plumps out the skin and makes lines and wrinkles less noticeable. However, this effect is short-lived – as soon as the moisture content in skin decreases, lines and wrinkles will return to normal size.Examples of humectants:

2)  Emollients – are oily substances which fill the spaces between dead skin cells, thus creating a smooth skin surface and softening the skin. They also help to repair the skin barrier function to keep allergens and bacteria out of the skin and reduce the risk of dryness, itching, acne, eczema and signs of aging.

All skin types can benefit from emollients but those prone to ‘breakouts’ should avoid face oils and butters with high comedogenic ratings (pore blocking) such as avocado and coconut oil and choose oils such as jojoba, argan and olive squalene.

3) Occlusives – contain ingredients that create a physical barrier on top of the skin that helps prevent water loss from the skin. Used alone, these ingredients feel thick and heavy after application since they are not absorbed into the skin. So they’re better mixed with emollients.

Examples of occlusive ingredients include the following:

These are very good for those with dry skin and conditions like eczema and psoriasis. Applying an occlusive moisturizer immediately after bathing may be an effective way to trap additional water in the skin.

One further point – whilst lanolin and natural waxes are included within this list of occlusives, they’re actually considered to sit somewhere between an emollient and an occlusive as the barrier they form is not impenetrable – I often liken petroleum and mineral oil to covering your body in clingfilm!

Why is Natural skincare better for your body? 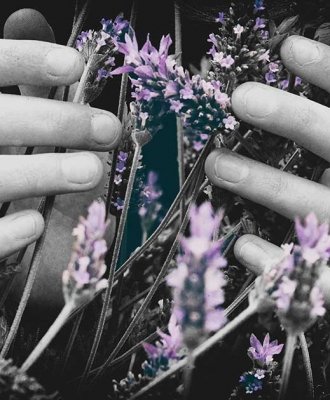 OK so you have the basics – but how do you choose what’s right for you…and we’ve still not talked about the whole ‘natural’ thing either!

So let’s look at that now – here are a few basic ‘rules of thumb’ that I like:

In UK Law (and many other countries) the complete list of ingredients must be displayed on all cosmetic products (it’s normally on their websites too) The ingredients have to be listed as INCI terms (International Nomenclature of Cosmetic Ingredients) this is simply a standardised way to name cosmetic ingredients and works across different languages. It’s quite easy to decode – here’s a useful link. This can seem a bit baffling but I tend to take the view that, if you don’t know why it’s in your skincare, or it’s clearly there for the manufacturer’s benefit and not yours then maybe this product isn’t as great as the ‘blurb’ might make out.

This is my biggest bug bear! The vast majority of Lotions and creams contain water mixed with oil. To sell such a product, the manufacturer needs to include an emulsifier to get the oil and water to mix – rather like fairy liquid (NB this is not on our list of products beneficial to the skin – remember the occlusives, emollients and humectants) and is legally obliged to add a preservative to stop ‘bugs’ growing in the product – ever left a cup of coffee out and about for a few weeks – this is what your water-based skincare would look like without the preservatives!

Basically, putting a lotion or cream that contains water (aqua in its INCI name) is doing to your skin microbiome what anti-biotics do to your gut flora.

This has interesting consequences – Skin bacteria balance has an impact on acne and symptoms of eczema, and protects your skin against the damaging effects of UV and other pollutants.

If your skincare cream or lotion includes Aqua (water) in the ingredients, there’s every chance it’s giving you wrinkles!

Your skin is the biggest organ in your body. Did you know that an average of 64% of what you put on your skin is actually absorbed into your body (source: American Journal of Public Health 1). If you wouldn’t eat it, do you really want to be applying it?

Back to the ‘natural’ point. With a first degree in Chemistry and studying for a qualification in Traditional Herbal Medicine, I’m probably a bit biased here, but I do think we generally accept that food closer to its source is better for us than processed food – e.g. a meal made using freshly grown vegetables, recently laid eggs, fresh fruit etc. is probably more nutritious and better for your health than the tinned, dried, processed, over-salted, over-sugared equivalent.

Likewise, in the pharmaceutical industry – you were probably aware than many pharmaceuticals originated from natural products. Willow bark, for example, has been used for millennia to reduce pain and fever with no known side effects. Scientists decided that Willow Bark’s key active ingredient was salicin and basically synthesised a similar molecule called acetylsalicylic acid – aspirin.

However, by separating and synthesising only this assumed ‘active’ (acetylsalicylic acid) they introduced all the side effects of aspirin that were mitigated by the other many thousands of molecules naturally contained within the pure willow bark.

Similarly with natural skincare – if a moisturiser contains natural jojoba oil, or olive oil or such, then you can be confident that you’ll have all the other ‘goodies’ that us chemists don’t search for when we analyse and synthesise a ‘new molecule’. I’m always wary when I see ’nature identical’ or ‘derived from a natural product’ – it’s basically been stripped away from all the natural goodness…and who knows what that’s going to do to your skin (and your internal body) in the long term!

Watch out for the marketing hype

It’s really difficult not to fall for this one – you see some glamourous looking model who says she uses this that and the other miracle face cream for the price you could buy a small car and you’re convinced. Now it might be that the producer has, indeed, found a lovely new natural oil or botanical from the deepest darkest amazon that really does have a lovely benefit, but I would bet that special oil has really similar benefits to a lovely ‘tried and tested’ local equivalent such as borage oil, rosehip oil, sunflower oil, calendula infusion.

…and most likely, this new cream is probably just a mixture of water (aqua) oil (most often petroleum jelly – yes a by-product of the stuff you put in your car) and therefore preservatives (which badly disrupt your natural skin flora and expose your skin to wrinkles) and some artificial perfum (if it says ‘Parfum’ on the INCI list then it’s an artificial, synthesised molecule that doesn’t have to be declared) – apologies if I sound cynical!

Bringing it all together

So where are we at then?

And of course, it would be remiss of me not to add that Neve’s Bees make a beautiful range of pure and natural skincare including night balms, oil cleansers and facial oils!

Finally, thank you for reading and I hope you’ve found this interesting. We would love to hear your thoughts…

Rosie Jacobs
I’m so passionate about Independent Oxford and the work we do to support and promote independent businesses in Oxfordshire. Our vision is to create a society where everyone sees the value in supporting local, and that local is accessible for all. It means a stronger local economy and a closer, inclusive community.
Recommended Posts

HOW TO SUPPORT LOCAL OXFORDSHIRE BUSINESSES IN TIER 4Inspiration